Are These the Best 'First Turn' Cards?

For when you want to drop the hammer before your opponent has even flinched.

You sit down at the table, ready to play your opponent. You know your deck upside down and inside out so you have the perfect plan. You know when to keep your opening hand and you know when to dig for that card that brings your deck together. You check your opponent's Archon card and you have an idea of what the deck might do to you so the cogs start to turn for the two minutes you have...

Then... your opponent drops one of these cards. Now you are already staring down the barrel of a gun!

This is my personal opinion of cards in which I believe put you in the best possible position if you play them as your 'first turn'. Some of them are powerful cards ready for turn 2, some of the are cards which back your opponent into a corner early. Some.....well some are just 'smash mouth' cards which put you so far ahead before your opponent has even moved!

I mean, what a dick move for turn 1, but I think it would be hard to suggest that it isn't effective!

A bit of hand manipulation can go a long way in turn 1. Especially if you have decided to mulligan. With Lay of the Land its about understanding your next card draws and planning. With Labwork you can plan for the future. Both having an Aember is also quite nice (just be careful of that Ghostly Hand).

Very similar to the above, but dramatically more powerful. Being able to dig further through your deck to find a card that has synergies with your current hand and then leaving a creature on the board is a particularly good early turn.

Remember when I said Binding Irons was a dick move? If your opponent mulligans.....and then you decide to hit them with a Subtle Chains or Mind Barb.....it isn't a dick move, you are a BAD PERSON!

This is a perfect card for a 2/2/3 draw. There is nothing worse than getting stalled by an early 2/2/2 hand (2 of each house). At least here you play a key target on the board (your opponent will want to get rid of this quickly), and then you can start to cycle your hand effectively. 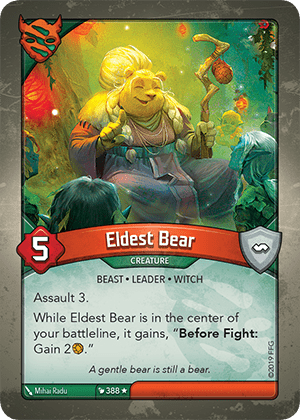 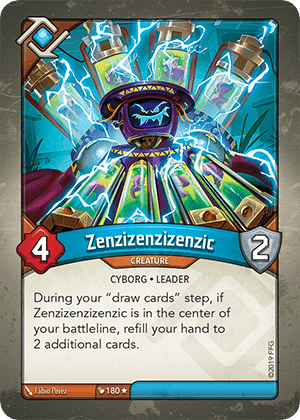 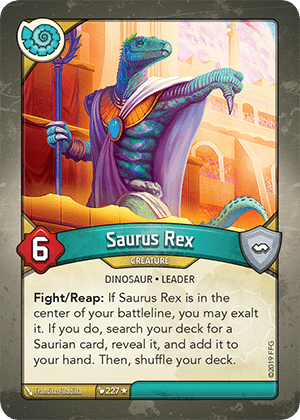 Realistically, this could be any Leader, but personally, these are my favorites. Filter them out by your personal opinion and play style - but for me, digging through your deck for a card you can play, drawing 33% more cards and the assault on Eldest Bear make these my favorite 3.

Remember when I said if you played a Mind Bard or Subtle Chain after an opponent decided to mulligan it made you a bad person? Use a Scrambler Storm or Stealth Mode and there is a special circle of hell reserved for you! 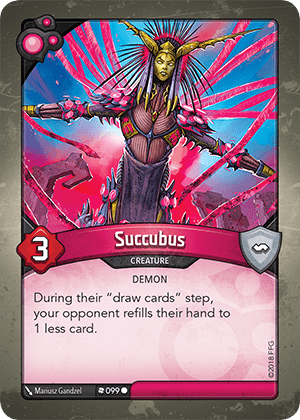 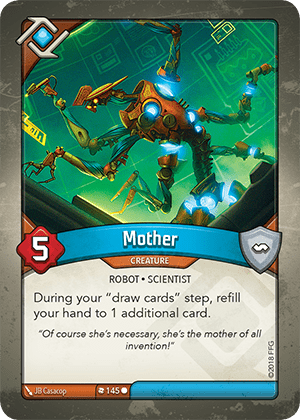 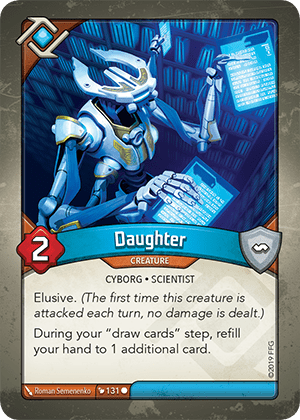 I didn't want to separate these cards out as their do similar things and it would take so much of the list up, however manipulating your hand side/your opponent's hand size is an excellent strategy! If I had to rank them separately, I would say Mother is the best as a first card, followed by Succubus and then Daughter third, purely due to being 2 power and being easier to remove after the first turn with some in-hand raw damage.

People may not like this being included, but I love it as a first card. It is what I call a 'panic' card. Dropping it early and watching your opponent's face when they know I can remove their board at any point. It knocks them off of their plan and now they either have to play less creatures or deal with the artifact.

These are both great cards, which I personally think are excellently designed but they can also be cards that create a negative play experience for your opponent so unless I am playing competitively I don't tend to like using them.

However, if we are playing competitively, using these cards to control your opponents board is a very clever way of playing and requires much more thought than 'Brobnar...Smash'. Playing them first also puts you ahead of the curve. Meaning that you can react to your opponent from a clean board state, as opposed to having to find a part of the game when the card becomes effective.

Mulligan into a poor hand? Old Yurk has your back! The younger generation I feel isn't strong enough and the older generation discards too many cards.

Both cards you which are only effective if you can get a lot of use out of them. The further down your deck these cards appear, the less effective they become. Get either out early and reap the rewards!

Play it early but don't expect to keep it for long. But being able to see your opponents starting hand, gain an Aember AND have a creature on the board after 1 card being played at the start of the game is nuts!

I can only play 1 card in turn 1? Fine...but you can only play 2! A mini lock built into a card is rough, but if it can stay on the board for a couple of turns while you start to protect it with some ward or taunt it is going to be a real pain in the ass.

Teliga for me is a no-brainer. Your opponent is likely going to want to play a creature or 2 in turn 1. If they do, sweet, you're in the money. If they decide not to play them, sweet, the witch lives another day and you have the chance to protect her. A card that can really mess with a player's strategy and when there is nothing on the board to get rid of her, Teliga can do some early damage.

I'm not going to explain why this is good. But it is very, VERY good!

Yes, Eureaka! works at any point of the game, but using it turn 1 is a masterpiece. It rolls up a lot of the effects of the previously mentioned cards into 1 turn. Gain multiple Aermber? Check! Manipulate your hand? Check! Plan for the future (albeit randomly)? Check! Remove the negative card effect? Check! My favorite 'first card' play in the game so far!

As always, I have probably missed something glaring, however these are the cards that have immediately come to mind as great starting cards and the order is my opinion. There are some obvious cards which have been left off of the list for specific reasons (Restringuntus or Snag's Mirror for example) which are good turn one cards but better at different parts of the game.

What do you think? Do you agree or disagree? Be constructive, tell us why!

Thank you again as always. Be good to each other.