One of the things I liked from the start in Keyforge was that the game felt (and still feels) fresh, it was easy to learn and easy to play, while still being a complex and multi-faceted game.

One of the things I did not like from the start was that I felt like there was a lack of consistency and coordination in wording and templates, some of which were… I guess I should not say sloppy but, there, I just did.

In time, some things have changed. Some, to be honest, have been made more complicated without any reason (yes, Stun, I am talking about you), but others have been simplified. You might have noticed, for instance, that all cards that once needed to be “sacrificed” to use them, now are simply “destroyed”. Which is good because so far we were using two different words to say exactly the same thing.

But there are at least two instances of the very opposite problem: the same word being used with two related but different meanings, leading to near-infinite conversations about templates where the specific meaning was not exactly clear.

If you follow the Keyforge group in Facebook, you might already have an idea of which words I mean, but let me spell them out loud…

We know that almost all creatures can Fight, and some of them even have Fight abilities. But what does Fight mean?

It means using a creature to attack an enemy creature.

It means being in a Fight with an enemy creatures.

It means, I am sure you guessed it, a moment in the game when two creature exchange blows, that is the aforementioned Fight.

So, as we were recently confirmed, I can use a creature to Fight but for some reason (Assault) kill the creature it is supposed to Fight before the Fight happens which means that…

- My creature was used to Fight

- There was no Fight

- My creature’s Fight abilities will not resolve, because it didn’t Fight

- Abilities that trigger after a creature Fights will resolve… wait, didn’t we just say it didn’t Fight?

Am I the only one who is seeing a bit too many Fight(s) here?

Of course, using the same word to mean so many things can have consequences. Let’s take a look at the biggest offenders. 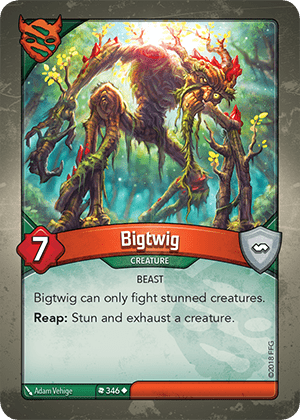 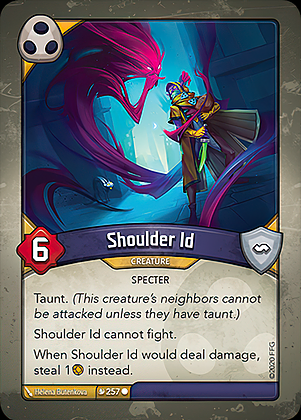 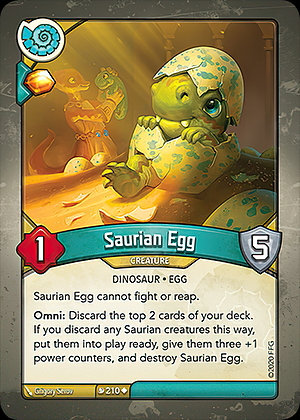 All of these cards cannot (or cannot always) Fight. Does it mean that they cannot be in a Fight? Surely they can, it would be pretty weird otherwise. Imagine Shoulder Id with its Taunt that forces enemies to attack it instead of its neighbours… except they can’t because it cannot Fight. That would make it a bit too powerful, wouldn’t it?

So what could be done about it?

Of course Fight abilities have to stay that way, too late to change their name now (even though “After Fight” would have been a better choice, but let’s not go there), but still a new word could be added to the rules. A word that, for some reason, has sort of been avoided from the start, while still appearing here and there.

See, I already used it earlier and I am quite sure nobody thought it was weird or out of place. Just replace the verb Fight with Attack, and let’s see what happens if again I use a creature with Assault and kill my target before the actual Fight:

- My creature was used to Attack

- There was no Fight

- My creature’s Fight abilities will not resolve, because it didn’t Fight

- Abilities that trigger after a creature Attacks will resolve

So our good old Shoulder Id simply “cannot Attack”, but it definitely can Fight.

Sure, this would require a few Errata, but as a whole it would make the process more understandable without having to read a FAQ to see whether an “after this creature fights” ability works or not when the fight never happened.

But what about Deal damage? Isn’t its meaning pretty straightforward?

The rules use “Deal damage” both to mean that something is trying to damage a creature AND that you are placing damage tokens on that creature.

But isn’t it the same thing, you might ask?

Let’s say I am playing a Relentless Whisper to deal 2 damage to a Techno-Knight. The 2 Armor on Techno-Knight prevents the damage, so no token is placed on the creature. 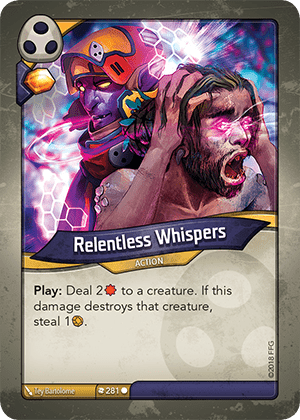 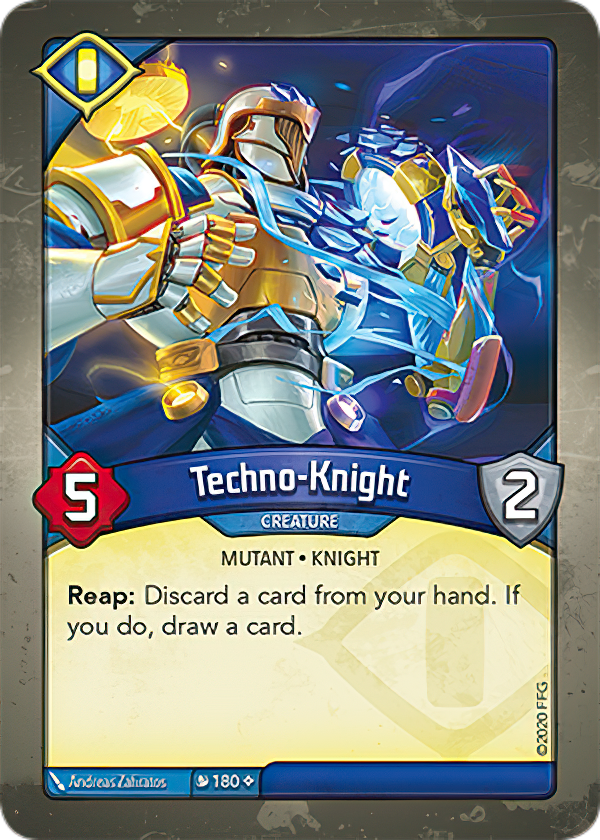 Did I deal the damage or not?

I did, because I tried to damage the creature.

At the same time I did not, because the damage was prevented and no token was placed on it.

Schrödinger, is that you?

In case you’re thinking that it doesn’t really matter after all, I will need to point out that some effects do care about whether damage was dealt or not. Just think about Poison. Any damage dealt with Poison is enough to kill a creature but… dealt as in attempted or dealt as in “I did put 1 damage counter on it”? It’s the latter, in case you’re wondering, and yes, it might be obvious (but it shouldn’t be obvious, it should be clear) but it was just an example, and, for the next trick, let us enjoy the newly printed FAQs about our most beloved assistant for this article: Shoulder Id.

So, we know that Shoulder Id does not deal any damage and instead of doing that it Steals 1Æ.

Since it Steals INSTEAD OF dealing damage, it makes sense that there is no damage to prevent, and as such Ward or Armor do nothing to prevent it from stealing.

But Skirmish and Elusive do.

If it’s not dealing damage anyway, what is the difference?

The difference is that when Skirmish or Elusive say that no damage is dealt they mean that there is no attempt to deal damage. When Ward or Armor say that damage is prevented and thus not dealt, or when Shield of Justice says that damage cannot be dealt to a creature, they mean that no token is placed on the creature. Same words, different meaning.

So what could be done about it?

We just need another word to mean that damage tokens are being placed on a creature. Let’s try with

This way we can have an effect that DEALS 5 damage to our Techno-Knight but actually ASSIGNS 3 because 2 have been prevented by Armor.

It would even be a little change in the rules, look at the box in the Timing Chart, for instance.

Keywords like Skirmish or Elusive would stay the same, they indeed make it so that no damage is DEALT. Prevention effects, on the other hand, would care about ASSIGNING damage, and our Shield of Justice would look like this.

What about Shoulder Id?

It would stay as it is, and it would work just the same.

In fact, with Skirmish or Elusive in the mix it would not DEAL damage, so its replacement effect would never be triggered (just like now, except it makes sense).

With Shield of Justice, it would DEAL damage, its ability would be triggered and replace it with Steal 1Æ before it could go on to ASSIGN it.

This way, goodbye Schrödinger, We have two different words to mean two different things and we no longer need to rack our brains to find out whether Maleficorn actually needs a damage token on a creature to trigger or it triggers anyway even if no damage is de... wait... assigned.

But wouldn't this require a lot of ERRATA?

Well, most likely it would, even though most of the changes would be in the rules. But would it be so bad to have some extra Errata if the result was having a better flowing game with less doubts about the meaning of individual cards? Or, in other words, being able to spend more time playing and less time interpreting rules?

All things considered, I do believe that splitting this two terms would lead to a much clearer understanding of many cards and effect, which is well worth some Errata if it needs be.

Do you agree with me, or do you think everything works fine as it is? Feel free to let me know.